All she wanted was happiness,
She never knew she was walking into a pit, that was camouflaged with a rainbow.
Every time she was hurt, she was unable to cry.
Every time she wanted to scream, her lips were sealed…
Her screams and cries refracted within her….and killed her from within.
Her voice was unheard and she gradually became numb.
Her pain converted her from a brittle girl to a strong woman, who was hard as a rock.
Nothing melted her..nor broke her.
She cried within a lot, that..now she became dried up…
She was thrown away from every joy she could be a part of.
All she was gifted was the pain, which she never deserved.

She gradually transformed into a Woman with chaos within her…
She was so composed that the storm within her never became known. .
.

Content Writer || Emotional Being || Love Nature || Photography || Motherhood|| Being Daughter || Best Friend || Seeker || Motivational Speaker Love To talk about anything and everything under the sky...and even the sky. Nothing beholds me, as I am a free bird with words flowing like endlessly. My poems might take you into another world, where love blooms. View all posts by SoulRecitals 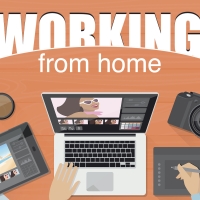